Whistling to the World.

See you around some time, Dad.

Posted by Eileen Brunetto at 10:09 AM No comments:

From Philly to Jersey to Heaven

The call came last Thursday. Days before, my sister and I drove to Jersey from Vermont to be with him at the hospital. We knew it would be the last time we'd see our father alive. 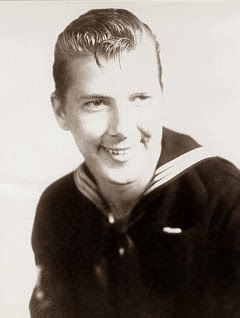 On the surface, Daddy seemed a simple man, but he possessed a depth that often surprised his adult children even to the end. He coached and encouraged us with a natural flair. "Don't let anyone think you can't do the job." "It's probably better NOT to know what your child is thinking all the time."  And one of my favorites, "You can't have Friday and Saturday without Monday and Tuesday," which he once said as I wished away my days, wished away my life for a weekend. And now his life has ended.

I cannot imagine the world without him. He knew how to live in the present, no yoga or meditation to show him the way. He simply did it. He worked, he read, he mowed the lawn, he went to weddings, he took care of grandchildren and showed interest and appreciation to all, including strangers and animals. He always engaged with the person before him even when his memory failed. This past year, he told my husband "he was the kind of person someone could feel comfortable with." That Daddy could reach down and come up with a compliment of the spirit at a time when his own spirit began to fail astounds me.


Born in Philadelphia, he was an only child. I once asked him what it had been like growing up with no brothers or sisters. He responded, "Lonely." Then he met my wonderful mother, who comes from a big, Irish family. They married and had six kids. My sister pondered that, perhaps, my mother saved him from loneliness.

They moved to rural southern New Jersey from the Philadelphia suburbs when I was four years old to a Dutch Colonial located on a peaceful, dead end street by the woods. During summer, he loved to mow the lawn. One time, a bit out of character, he wrapped a rag around his forehead to keep the sweat off his brow as he mowed in the hot sun. My sister called him, "Easy Mower."

Tomorrow I head back to Jersey for our final farewell. Some families hide their grievances and arguments. We don't have to because there are none. No regrets. My dad was a wonderful man, which makes it all the more difficult to say goodbye.