A Tribute - Another Jersey Guy

A Tribute – Another Jersey Guy 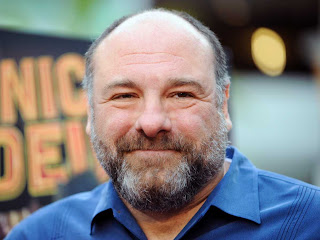 The news reports poured in from Italy. James Gandolfini - actor, husband, father, and Jersey native, died of a heart attack at age 51.

As one of the legion of Soprano’s fans, I have currently been viewing the series for a third time, and adore Gandolfini and his work. I realize he’s a celebrity; and I didn’t know the man.  So why do I feel so stunned and saddened by his passing? Moments after the news broke, my daughter texted me the news; then another daughter. Then, my son called. (All original Jersey folk, by the way.)  Facebook posts began to appear emoting tender responses. Several of my women friends have come out of the closet, declaring their attraction to this man whom most of us know as Tony Soprano, mob boss.  Tony – with a vicious, irrational temper. He killed people with little or no remorse. He was a glutton who abused women – a lout and unreasonable to an extreme, declared a sociopath by his psychiatrist. Yet we were drawn to him and into the drama of his life.

Amidst the self-loathing and “shit storms” in which Tony surrounded himself, we related to him due to Gandolfini’s acting genius. He convinced me that seemingly lost human beings are capable of goodness. The character’s love for his children cannot be denied. Though at times impatient and nasty, still his passion came through for the kids and his wife, Carmela. I swear it seemed Tony spent more time with his kids than real-life dads often do with theirs. Tony and Carmela’s volatile relationship reeked of condescension and disrespect, but I can say right here, that after watching the series a third time, they also, for whatever it is worth, loved each other. According to Edie Falco, Gandolfini’s co-star, “He (Gandolfini) was a man of tremendous depth and sensitivity, with a kindness and generosity beyond words. I consider myself very lucky to have spent 10 years as his close colleague.  The love between Tony and Carmela was one of the greatest I've ever known."

Drawn in by Gandolfini’s talent and genuine warmth, we had no choice but to believe in Tony’s humanity with all its flaws, and rooted for his redemption. I don’t think my friends, fellow fans, and I would have believed in Tony if it weren’t for James Gandolfini’s remarkable spirit, which has now moved on.
Posted by Eileen Brunetto at 6:57 AM No comments: